Man climbs Everest for the 23rd time, breaking own record 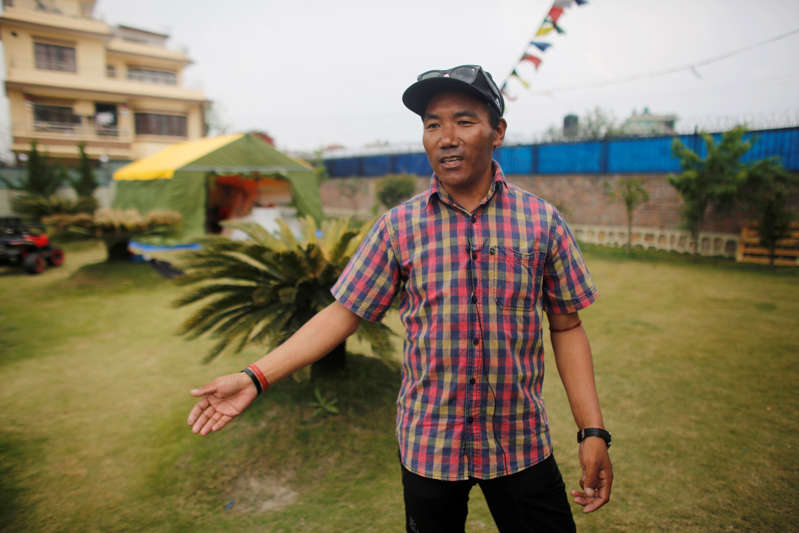 © AP Photo/Niranjan Shrestha In this April 4, 2019 photo.
Record holding Sherpa guide, Kami Rita speaks with the Associated Press in Kathmandu, Nepal. Kami Rita Sherpa broke his own record as he scaled Mt Everest for the 23rd time on Wednesday morning.

Kami Rita, 49, who hails from Thame village in Solukhumbu district, broke the record of 21 Everest ascents set by Apa Sherpa and Phurba Tashi Sherpa in 2017. Apa and Phurba have already announced retirement.

Kami made his first ascent of Everest in 1994 when he was 24 years old.

The 2019 Everest climbing season officially began on Tuesday with eight high-altitude Nepali climbing guides making it to the highest peak in the world.