Angelina Jolie has gone her separate way from Brad Pitt in every capacity, including her surname.The actress, who had added Pitt to her legal name following the couple’s marriage in August 2014, had her ex’s surname removed as part of her divorce.

Court documents obtained by ET show that, as part of the dissolution of the stars’ union, the 43-year-old actress’ name was officially restored to simply Angelina Jolie.

This isn’t the first time Jolie has had to legally have a surname dropped through a court petition.

The actress, who is the daughter of Jon Voight and Marcheline Bertrand, was originally born Angelina Jolie Voight. However, following a long estrangement from her father, Jolie petitioned the court to legally drop Voight from her name. That request was granted in 2002.

Jolie and Pitt’s marriage was officially terminated last Friday, after a long and contentious divorce battle that began when they first announced they were calling it quits in August 2016. 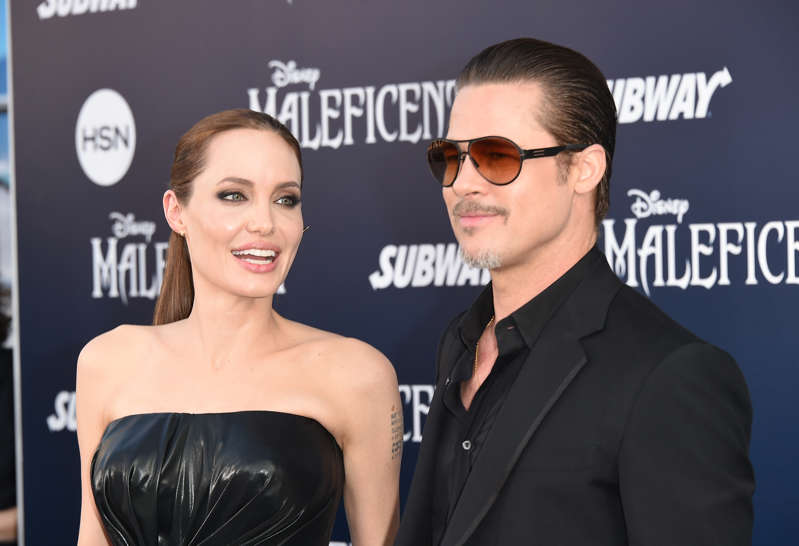 A source told ET on Monday that Pitt and Jolie’s relationship is “the best it’s been since their split.”

“To the surprise of many of their closest friends, their communication has improved tremendously and they’re both dedicated to co-parenting,” the source added, referring to the couple’s six children — Maddox, 17, Pax, 15, Zahara, 14, Shilo, 12, and 10-year-old twins Knox and Vivienne — over whom the pair engaged in a tense custody battle which was finally resolved through a custody agreement last November.

“Their kids have a custody schedule and that’s made a huge difference for the whole family. The schedule has alleviated any of the planning pressures Brad and Angelina have faced in the past. Now the kids spend time with both their parents and are happy and thriving,” the source said.

Last week, when the judge ruled that their marriage was officially over, Pitt and Jolie requested a bifurcated judgment, which would allow their single status to be restored while they finalize their divorce. Check out the video below for more on the former couple.