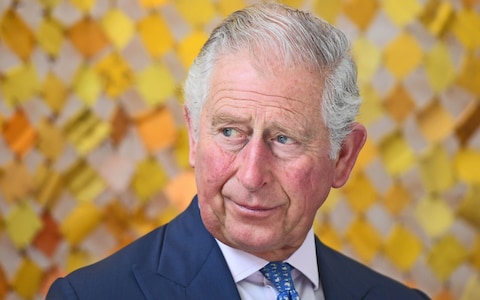 Prince Charles, pictured on Monday, pulls out of final leg of Africa tour amid concerns of ‘cycle of killings’ in Nigerian city Credit: Joe Giddens/PA

The Prince of Wales has been pulled out of a planned visit to Jos, Nigeria, amid security fears after violent clashes in the region, on the advice of the Foreign Office.

The Prince was supposed to be travelling to Jos on the final day of his royal tour of West Africa, to undertake engagements including a discussion about peace building and conflict resolution in the conflict-ridden region.

On Monday, it was announced that he would no longer be making the trip, on the advice of the British government.

A spokesman for the Foreign and Commonwealth Office said the decision was made “upon advice from the Nigerian government and others involved in security and operational aspects of the visit”.

A source added there were no known specific threats to the Prince’s safety, with “additional security precautions relating to recent clashes”.

The Prince is understood to be disappointed he is unable to make the trip, which had been planned for some time.

Events arranged in Jos will now be moved to Abuja, Nigeria, to allow him to speak to local people about their rural livelihoods and attend a service of commemoration.

He will also take part in an hour-long discussion about “peace-building and conflict resolution”.

A spokesman for the Foreign Office said:  “Due to operational constraints beyond our control, we have decided at this time not to include Jos during Their Royal Highnesses visit to Nigeria.

“We are delighted to have an exciting programme of activity in Abuja and Lagos which will showcase those issues close to The Prince’s and The Duchess’s hearts. 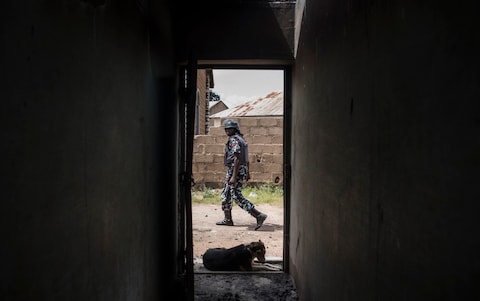 “The decision was taken upon advice from the Nigerian Government and others involved in security and operational aspects of the visit.

“We’ve arranged an interesting and engaging programme on Thursday in Abuja, which will include showcasing alternative livelihoods focussing on poultry and Acha supergrain, water aid and a peacebuilding discussion with youth peace ambassadors.”

Jos, a prosperous commercial city of nearly one million people, has increasingly been sucked into the inter-communal bloodletting that has spread across much of central Nigeria this year.

As many as 169 people were killed in Plateau State, of which Jos is the capital, in June after Muslim Fulani herdsmen were accused of attacking members of the Berom tribe, who are mostly Christian.

The violence has since spread into Jos itself, where mosques and churches have been burnt down in tit-for-tat attacks. At least 14 people were killed in a gunfight on the outskirts of the city last month.

A member of the security forces walks past a burned down house in the Ganaropp village where 35 people were killed by Fulani herdsman in the Barikin Ladi area near Jos on June 27, 2018 Credit: Stefan Heunis/AFP

The body of a prominent Muslim general was found in a well over the weekend nearly two months after his disappearance, further heightening tensions as suspicion falls on the Berom.

With a security crackdown to avenge the murder of Gen Idris Alkali looking likely, authorities may have concluded that it was not the best time to have Prince Charles in the city.

The violence in central Nigeria was largely triggered by disputes over land and grazing after herdsmen drove their cattle out of the unstable and desiccated north and into the fertile farms of the centre.

But as the crisis has deepened, it has taken on an increasingly religious tone as well.

A local website recently lamented: “What can be done to end the cycle of killing in Jos?”