Omo Bello, the operatic singer who entranced everyone at AMVCA 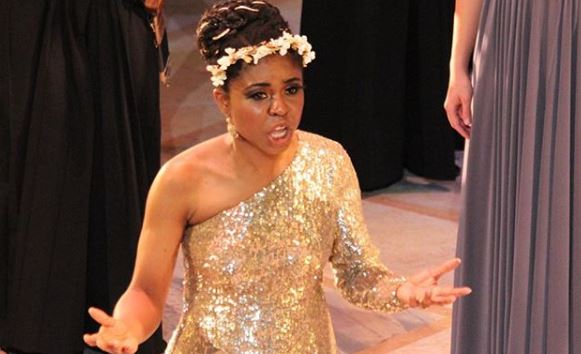 Palms pointing to the sky, arms raised above her head, Omo Bello is standing on the stage at the Africa Magic Viewers Choice Awards (AMVCA), bringing an unusual sound to a Lagos audience overfed on a diet of Afro-pop and Afrobeats.

Even though the opera singer is in one place, she does move her body rhythmically, a sly smile playing on her face as if she knows a secret that no one else is privy to. Omo Bello starts performing – and going by that permanent smile – she is having more fun than the audience listening. Bello’s rich soprano, backed up by an orchestra, glided freely through the air, pulling the audience in – even if no one understood a word she sang but we felt it rather than hear her.

Eventually, she hits a high note, the speakers, mounted across the wall, gives a slight quake as if protesting the intensity of her voice. But Bello isn’t fazed, she continues singing to applause from the audience.

Her parents hail from Edo state and, for five years, she studied cell biology and genetics at the University of Lagos before she won a scholarship to pursue music at the Paris Conservatoire. Bello would go on to win the highly prestigious Italian international award, Arca d’Oro prize, in 2013. 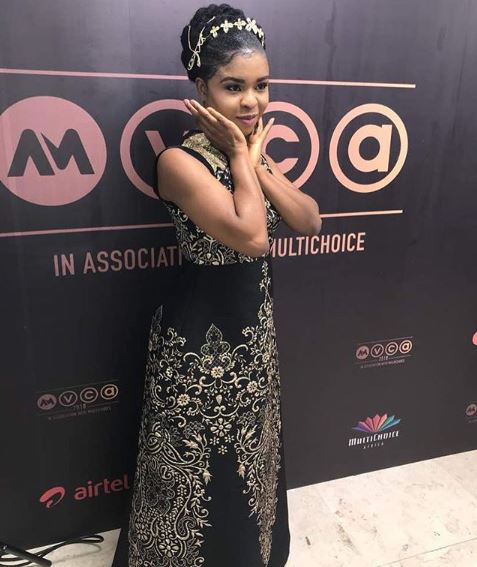 In 2010, she won the first prize at the Luciano Pavarotti Giovani competition. Bello was also nominated for the “Victoires de la musique classique” awards in the Lyrical Revelation of the Year category, and came first place at the Paris International Opera Competition, winning the French opera prize and the public prize.

Bello has performed in several operatic productions and concerts across Europe, even appearing as a soloist in some. Her debut album, Mahler’s Des Knaben Wunderhorn, was released in 2013.

Even though she trained and found success in Europe, in an interview with Vanguard, Bello reveals that she is getting recognised in Nigeria and would like to contribute to the development of classical music at home.

“I know that lots of people discovered me on YouTube in Nigeria and social media, so it’s a good thing, as people see and hear this music (opera) and are surprised that it’s very beautiful,” she said.

That night at the AMVCA, just as Bello closed out her performance while standing against a dreamlike backdrop of blue-ish open sea and moon, the audience stood to applaud her brilliance and the beauty of the music.