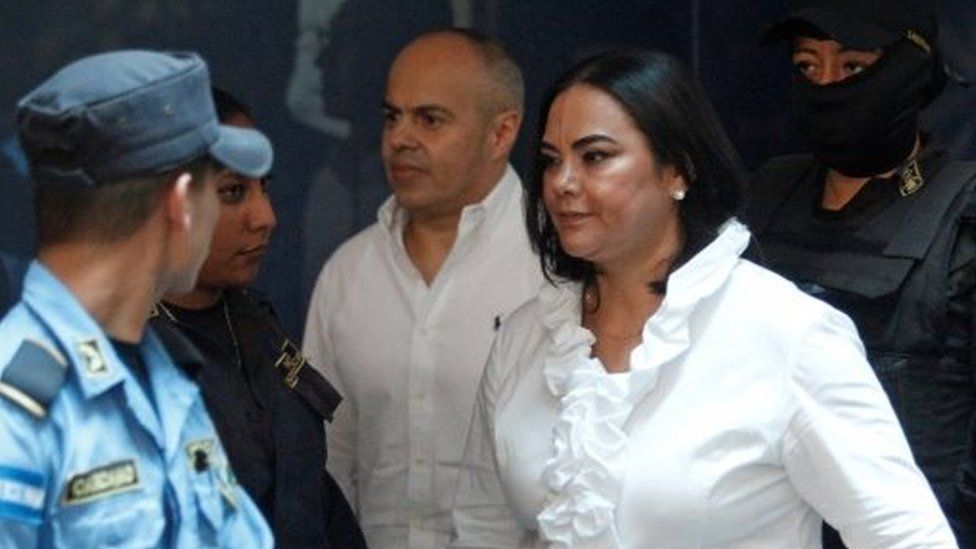 Bonilla, 52, was found guilty of misappropriating $779,000 (£635,000) from international donations and public funds during the four years her husband Porfirio Lobo was in power.

Prosecutors said she had used the money to buy jewellery and to pay for medical bills and her children’s tuition.

Her lawyer said Bonilla was innocent and would appeal.

Bonilla was arrested in February 2018 following an investigation into the disappearance of money from public funds, including a budget designed to provide shoes for poor Honduran children.

Neither Bonilla nor her husband were at court for the sentencing.

It is not the first time a member of the Lobo family has been sentenced. Porfirio Lobo’s oldest son, Fabio, was sentenced to 24 years in prison in 2017 after pleading guilty to charges of conspiring to import cocaine to the US.