Drone finds fugitive on run for 17years in a cave

The Police have arrested a fugitive who’d been on the run for 17 years, after they used drones to spot his cave hideout.

The 63-year old, named Song Jiang by the Chinese police, had been jailed for trafficking women and children but escaped from a prison camp in 2002.

He had been living in a tiny cave cut off from human interaction for years. Yongshan police received clues about Song’s whereabouts in early September, they said on their WeChat account.

Those clues led them to the mountains behind his hometown in Yunnan province in south-west China. 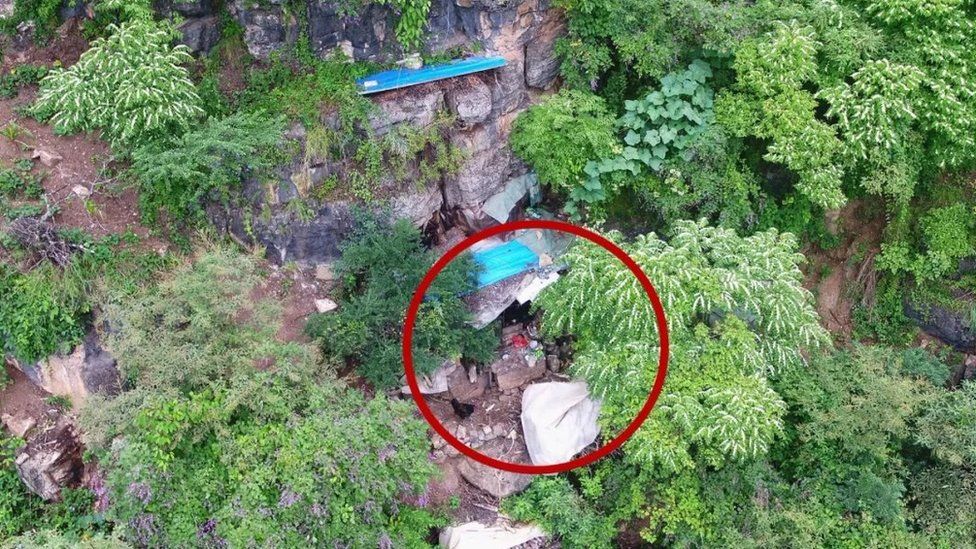 Drones spotted the cave on a steep hillside. After regular searches failed to find anything, authorities sent additional drones to help the officers.

The drones eventually spotted a blue-coloured steel tile on a steep cliff as well as traces of household rubbish nearby.

Police then moved in on foot and found Song in a small cave where he’d been hiding for years.

According to the police, the man had been living in seclusion for so long that it was difficult for him to communicate with the officers.

State media said Song had used plastic bottles to get drinking water from a river, and branches of trees to make fire. He has been sent back to jail. 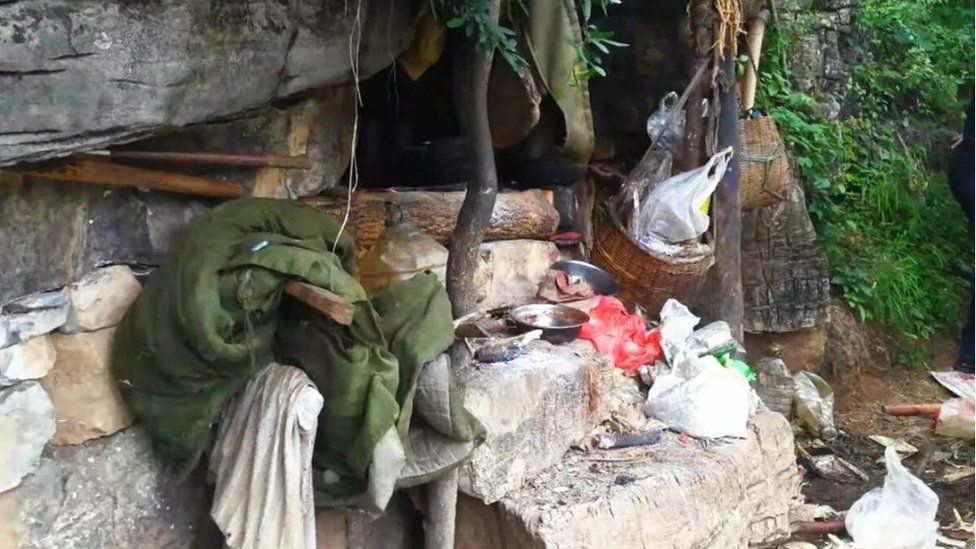 The inside of the cave was about 2 sq metres (6.6 sq feet)
Share