Debenhams falls into hands of lenders 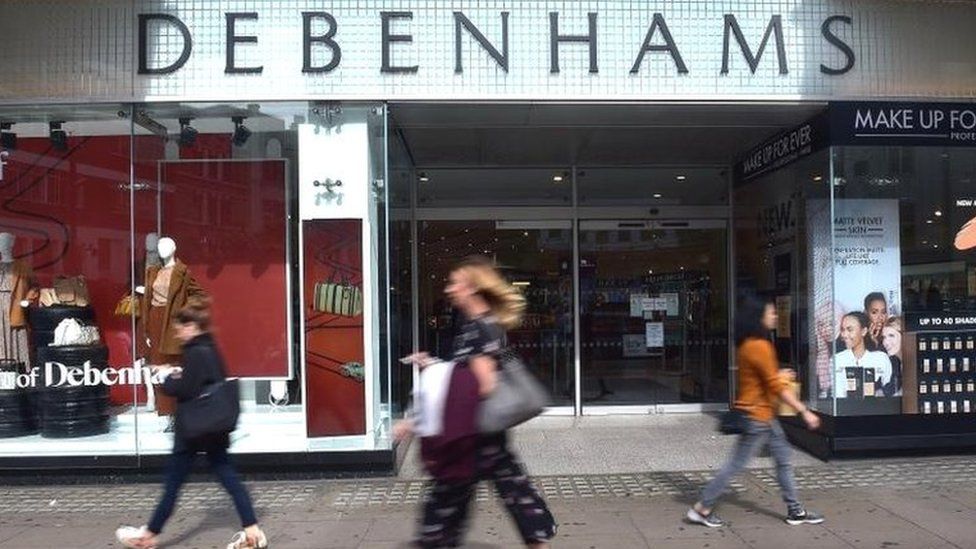 Control of Debenhams has fallen into the hands of its lenders as part of an administration process.

Debenhams has 166 stores, which will initially continue to trade, although about 50 branches had already been earmarked for closure in the future.

The department store rejected last-ditch rescue offers from Mike Ashley’s Sports Direct, which has been locked in an acrimonious battle for control.

Its lenders are made up of High Street banks and US hedge funds.

These include Barclays and Bank of Ireland, as well as Silver Point and GoldenTree.

The administrators said the lenders would now look to sell the business as soon as possible.

Debenhams has passed through a pre-pack administration process. This lets a company sell itself, or its assets, as a going concern, without affecting the operation of the business. The lenders now take control of the business and will look to sell it on, and shareholders lose their investments.

It means that Mr Ashley’s near 30% stake in the company, which cost about £150m to build up, will be wiped out. 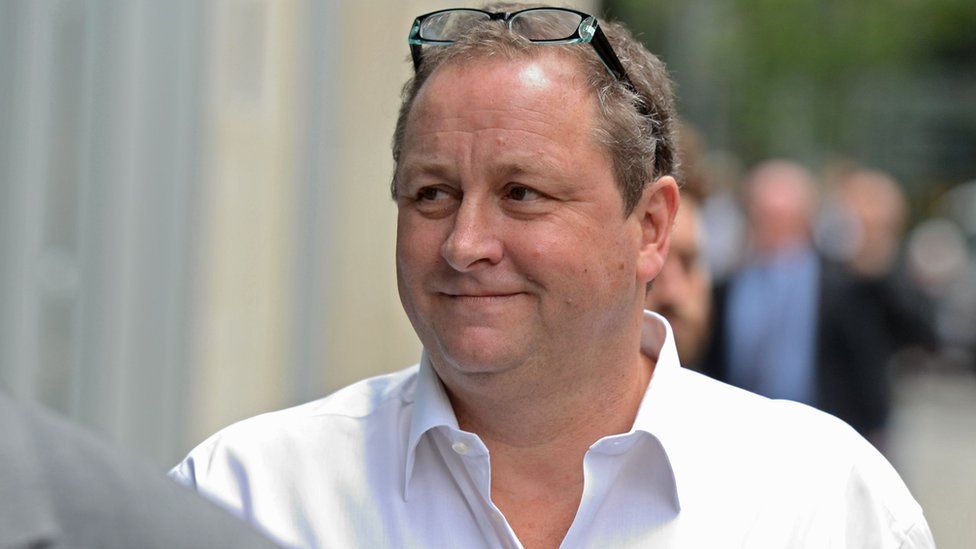 Mike Ashley had two rescue attempts rejectedDebenhams employs about 25,000 people. As well as the planned closures, it has also been renegotiating rents with landlords to tackle its funding problems.

It has not released a list of which shops may be shut.

In February, it was revealed that the closure of 20 stores could be brought forward if the retailer took out a company voluntary arrangement (CVA), a form of insolvency that can enable firms to seek rent cuts and close unwanted stores.

The company explained that its restructuring plans would continue and that, if approved, they would “result in a significant overall reduction in the group’s rent burden and underpin a sustainable future”.

What has Debenhams said?

Debenhams chairman Terry Duddy said the deal meant that the company would be able to carry on trading as normal.

He added: “We remain focused on protecting as many stores and jobs as possible, consistent with establishing a sustainable store portfolio in line with our previous guidance.

“In the meantime, our customers, colleagues, pension holders, suppliers and landlords can be reassured that Debenhams will now be able to move forward on a stable footing.”

A spokesman for the company’s pension schemes said the schemes had been transferred to the newly incorporated company. “Members can therefore be reassured that the schemes are carrying on as usual.”

Why is Debenhams in trouble?

Debenhams has been struggling for a while and issued three profit warnings in 2018. It also has a debt pile of £622m.

Last year, it reported a record pre-tax loss of £491.5m and later reported that its sales had fallen sharply over Christmas.

However, it suffered as a result of more people deciding to shop online rather than in-store and footfall was reduced.

The scale and high cost of running stores as well as the investments needed to run a company in the modern retailing environment also put the company under financial pressure.

This is despite Debenhams being the largest traditional department store chain in the UK.

On Monday, it rejected a £150m rescue offer from Mike Ashley’s Sports Direct, which was increased to £200m in the early hours of Tuesday.

The higher offer was rejected because Mr Ashley wanted to be chief executive.

What do the experts say?

Laith Khalaf, senior analyst at Hargreaves Lansdown, said: “As an investment, Debenhams is a tale of woe from start to finish.

“The strategy since float was out of kilter with the changing habits of consumers. But even before the float, its private equity owners had put the department store under financial pressure, by selling off a number of freeholds in favour of leasing them back.

“Hindsight is a wonderful thing, but the road to Debenhams’ ruin has been paved with poor decisions, as well as a dramatic shift towards digital shopping.”

Richard Lim, chief executive of Retail Economics said: “We should not understate the significance of this collapse. Debenhams has fallen victim to crippling levels of debt, which has paralysed its ability to pivot towards a more digital and experience-led retail model.

“Put simply, the business has been outmanoeuvred by more nimble competitors, failed to embrace change and was left with a tiring proposition. The industry is evolving fast and it paid the ultimate price.”